We deliver bars and rods, sheets and plates as well as pipes of any sizes and made out of various copper and nickel alloys. 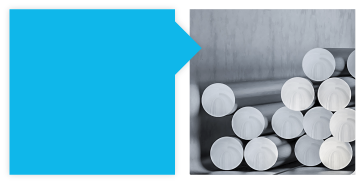 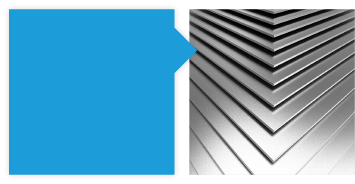 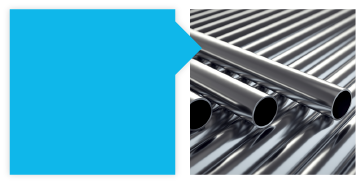 Copper-nickel (also known as cupronickel) is an alloy of copper and nickel, containing strengthening elements, such as iron, aluminium, manganese or silicon. Cupronickel shows very good strength, heat and corrosion resistance, yet it is ductile and hard.

Copper and nickel alloys have great strength properties and are corrosion resistant in brine (sea water) and acid solutions. They resist oxidation even in higher temperatures and show excellent mechanical properties in temperatures up to 350°C.

Three most popular alloys have the following copper and nickel content; 95/5, 70/30 and most commonly used alloy 90/10, which is found in naval and commercial shipping, offshore oil and gas drilling and production as well as desalination and power generation business.

Cupronickel alloys are primarily used in ship building and offshore drilling industries due to low macrofouling (fouling caused by large organisms, such as oysters, mussels, clams, and barnacles) rates, and good fabricability.

They are also usable in chemical applications, paper industry and automotive business. Interestingly, cupronickel alloy was used to build steam locomotives’ fireboxes but during the World War II, due to a general lack of non-ferrous metals, it was replaced by steel.

Non-marine purposes for cupronickel include cryogenic applications, brake tubing and coins (1 and 2 Euro denominations and U.S. 5 cent). An interesting fact regarding nickel coins: from 1947 to 2012, all “silver” coinage in the UK was made from cupronickel. In 2012 the two smallest denominations were replaced with low cost nickel-plated steel coins.

Since these alloys have strong antimicrobial properties, they are hygienic “safe-to-touch” materials, reducing cross-contamination and infections, which is particularly utilized in hospital intensive care units.